Decision trees are algorithms with tree-like structure of conditional statements and decisions. They are used in decision analysis, data mining and in machine learning, which will be the focus of this article.

In machine learning, decision trees are both excellent models when used on their own as well as when used for more advanced methods such as random forests and gradient boosting machines.

“The possible solutions to a given problem emerge as the leaves of a tree, each node representing a point of deliberation and decision.” Niklaus Wirth (1934 — )

Decision trees have a tree-like partition (see Fig. 1), consisting of:

The node at the top of the decision tree is called root node and represents the best predictor.

Decision trees are built or grown by finding at each decision node the feature that best separates the data into subsets that are most homogenous. This procedure is used recursively until classification can be achieved for each leaf of the decision tree.

Large decision trees are prone to overfitting or performing poorly on generalization to new, unseen samples. One method of regularizing decision trees is by controlling their size.

It is hard to tell during building of the decision tree at what level should the algorithm stop. The most common approach to controlling the size of decision tree is thus to grow the tree to a size where nodes have only a small number of instances. After the tree is grown, it is then pruned by removing nodes which do not provide predictive value.

Pruning can start at the root level or is applied bottom to top. An example of the latter approach is reduced error pruning, which starts at leaves with each node replaced with its most popular class.

Decision tree inference for data instances is done by following the tree from the root node, testing the appropriate attribute at each decision node until reaching a leaf node and determining the corresponding classification or regression result.

In growing the decision tree, the most important task is deciding which attribute or feature best splits the data into most homogenous subsets at each node.

There are different metrics that we can use to measure the optimality of node splits: Gini impurity, Information gain and Variance reduction.

Gini impurity measures the likelihood of wrong classification of a new data point, randomly chosen from the set, if this new data point was randomly labelled according to the distribution of labels in the data set. Gini impurity is calculated with the following formula:

where p_i is fraction of instances labelled with class i in the data set.

Information gain is based on the concept of entropy, which in our case measures the degree of homogeneity in group of data points.

Entropy can be calculated with:

where P_i is proportion of data that belong to class i. Entropy is 0 if all samples belong to the same class and is large when proportions for different classes are equal (see Fig. 2).

In context of decision trees, information gain measures the change in entropy after we split the data set on specific attribute.

We calculate information gain by determining weighted entropies of each branch and subtracting it from the initial entropy. Splits that result in the most homogenous branches deliver the highest information gain.

Variance reduction is usually applied when considering a regression problem. In this approach, the best splits are those which most decrease the combined weighted variance of child nodes

Decision trees can be built with many different algorithms, including:

ID3 (Iterative Dichotomiser 3) algorithm trains the decision trees using a greedy method. On each step, the algorithm calculates entropies of unused attributes. It then selects the attribute with the smallest entropy, i.e. largest information gain. Recursion of algorithm stops when all the attributes have been used or all data points have been classified.

This gives the non-parametric models such as decision trees much more space to closely fit the train data set, often leading to overfitting. To avoid the latter, one can apply regularization and limit the decision trees when training.

One regularization method is to restrict the maximum depth of the decision tree. Other parameters that can be regularized include:

Advantages and Disadvantages of Decision Trees

Decision trees have many important advantages:

In the second part of our article, we will build a decision tree model for prediction of heart disease.

We will be working with the Heart Disease Data set, available at UCI machine learning repository:

As part of data preparation, we will rename some columns in the original data, set descriptive values for categorical features and consolidate status of heart diseases (1,2,3,4 to 1), so that our target variable has two values: 0 (no heart disease) and 1 (having a heart disease). We will also remove 6 rows with missing values.

Plotting the distribution of patients with respect to disease status shows us that both classes are roughly equally balanced: 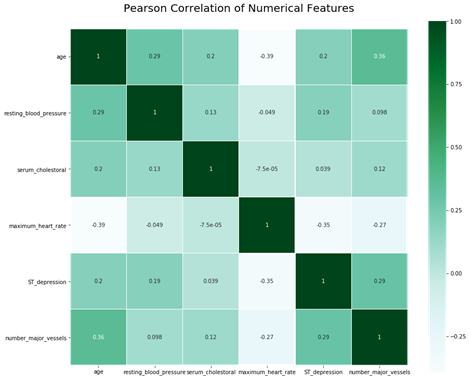 In examining correlation of categorical features, we could in principle use one hot encoding, however, the analysis would be difficult due to the large number of resulting features.

A better approach is to use implementation of Cramér’s V with biased correction (see also: Bergsma, Wicher, 2013, “A bias correction for Cramér’s V and Tschuprow’s T”. Journal of the Korean Statistical Society and discussion). 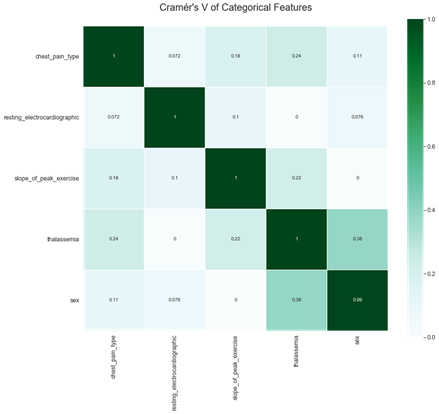 Based on determined correlations, we will not remove any features from our initial selection. We next examine distribution plots for numerical features (see Fig. 6). 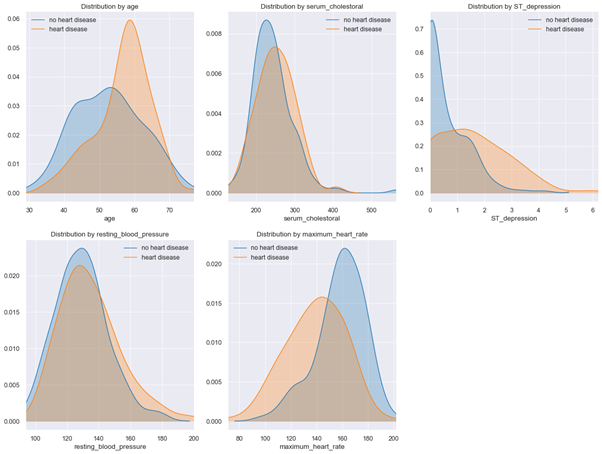 Additional insights can be obtained by plotting distribution for categorical features (see Fig. 7):

The data indicate that proportion of healthy patients with no heart disease is higher among patients that have: 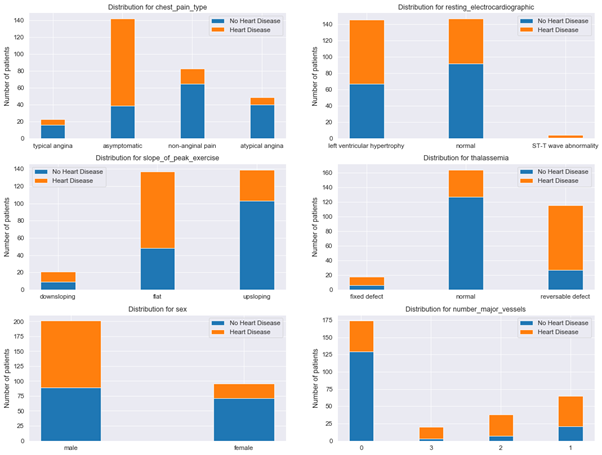 We will use Scikit-learn library to build a decision tree classifier, the maximum depth to which the tree can grow will be set to 3.

First, we will use function get_dummies from pandas to one hot encode the categorical features:

Next, we prepare the train and test data and train the decision tree:

Our decision tree achieves 80% accuracy on the test set: 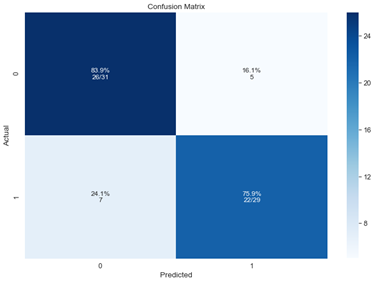 Finally, we can visualize our grown decision tree (Fig. 9):

The best predictor is the attribute thalassemia_normal and the first splitting is performed by checking if thalassemia is normal or not. The second node is split on variable number of major vessels, followed in the next level by splitting on age, resting blood pressure and chest pain type of non-anginal pain.

In terms of splitting attributes, our decision tree is thus very similar to a decision tree that we would build based on our earlier analysis, which considered only distribution of patients for different attributes. 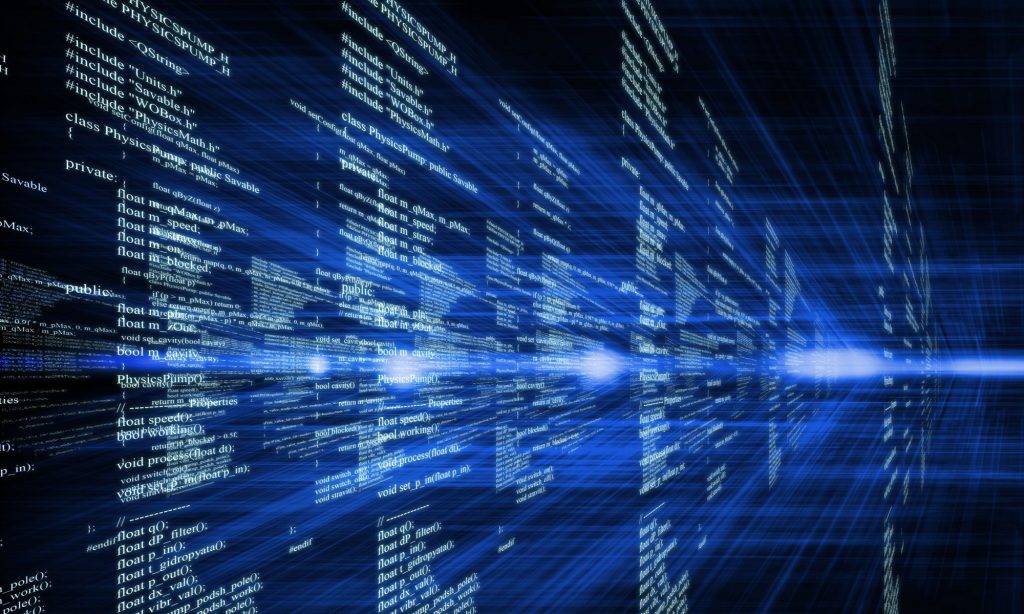 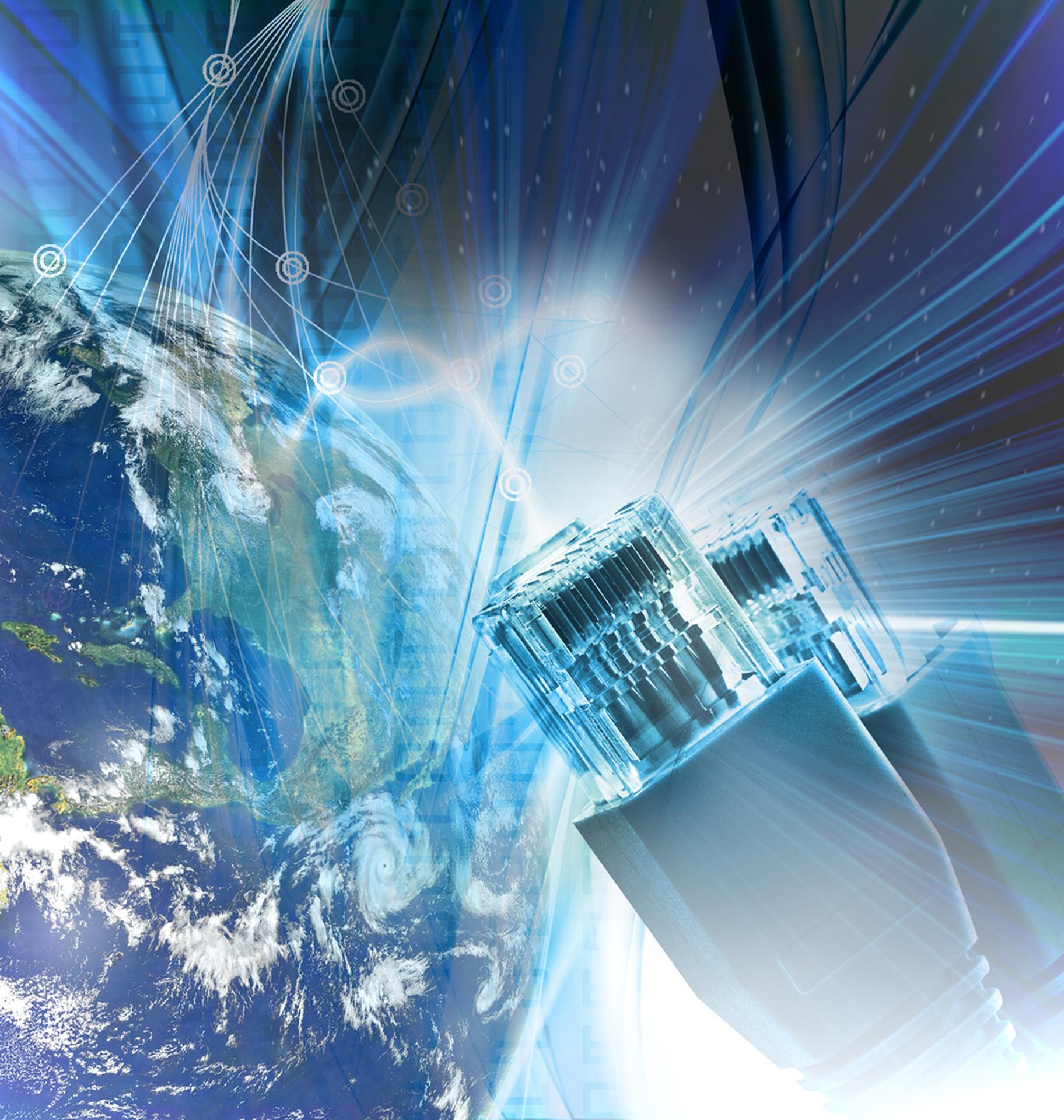